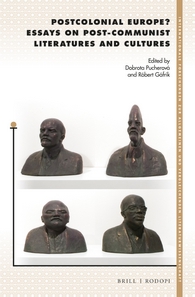 The collective monograph Postcolonial Europe? Essays on Post-Communist Literatures and Cultures analyzes post-1989 Central and Eastern Europe through the paradigm of postcoloniality. Based on the assumption that both Western and Soviet imperialism emerged from European modernity, the book is a contribution to the development of a global postcolonial discourse based on a more extensive and nuanced geohistorical comparativism. Together the studies map the rich terrain of contemporary East-Central European creative writing and visual art.