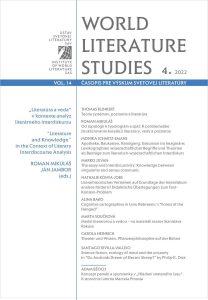 This issue responds to current key research questions on the literature-science nexus, opening up two basic lines of thinking: how literature transforms the complex contents of scientific knowledge and how distinctively literary modes shape scientific discourse. Conceptually the articles focus on this research through the literary theory of interdiscursivity, that is, the analysis of interdiscourses. One block of articles is devoted to the theoretical, methodological and literary-didactic aspects of interdiscursivity, while the other presents case studies on the work of authors whose poetics are characterized by elements of special scientific discourses. 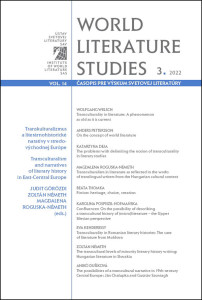 This issue explores East-Central European literary and literary historical narratives from the perspective of the phenomena and networks of transculturalism, following the concepts of globalism, heterotopia, extraterritoriality, translocality, deterritorialization and border crossing. By examining the role of transculturalism in the specific literary formations of the region, the articles show the effect of multi- and translingualism as well as cultural hybridity in texts, microliteratures and minority literatures. The aim is to contribute to the development of more diversified approaches in the writing of national literary history in East-Central Europe.

You can read the editorial HERE. 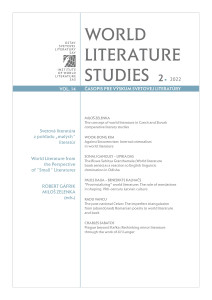 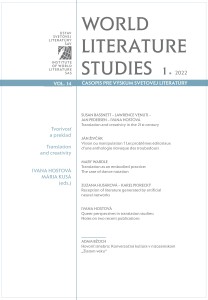 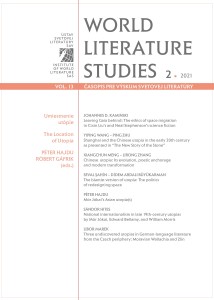 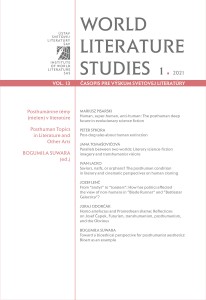 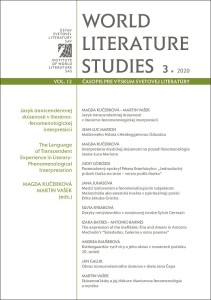 Editors: Magda Kučerková, Martin Vašek
This issue is thematically focused on the language of transcendent experience, especially the category of inexpressibility, as it has been captured in the history of European literature by texts with artistic or aesthetic value. The individual studies, in the form of literary interpretation or philosophical reflection, seek to examine the balance between the transcendental experience and the words that capture it. The intellectual impulse behind this reflection, anchored in the dialogue of literary science and phenomenology, is the work of the contemporary French philosopher Jean-Luc Marion, especially the concept of the saturated phenomenon.

Across cultural history, the face has figured both a site of intimate familiarity and radical unknowability. On the one hand, the face is the most immediate and recognizable marker of identity: an organic surface upon which interiority is projected and displayed. END_OF_DOCUMENT_TOKEN_TO_BE_REPLACED

The purpose of this issue of WLS will be to explore the phenomenon of frontier orientalism in the literatures of Central and Eastern Europe. We welcome contributions from literary historians and theorists, as well as those in related disciplines. Other than its obvious differences from Said’s colonizing Orientalism, how does frontier orientalism contribute to the formulation of “imagined communities,” both national and transnational, in the region? Submissions may cover any time period and all “borderland zones” between Europe and the East (primarily between the Habsburg and Ottoman empires, but including other imperial frontiers, i.e. Russian/Caucasian, as well.) We prefer that authors include some consideration of the term “frontier orientalism” as it has been developed in the articles below, or elsewhere.

We invite authors to send an abstract of around 250 words to the editors (both addresses above) by May 31, 2017. Authors will be notified about the acceptance of their abstracts by the end of June and final papers will be due by October 15, 2017.

Read more about the call here

This issue maps possible filiations between magical realism and central European literatures. The authors of the issue focus predominantly on Slovak but also Hungarian, Czech, and Romanian literature. They try to encompass several sources of “magic realism” in the central European cultural milieu. Individual articles show that in addition to the influence of significant works of world literature classified within magic realism, local inspirations and own narrative traditions play an important role in the domestication of magic-realism strategies. It can thus be claimed that several original authorial, national or “areal” models of magic-realistic narratives have emerged in central Europe.